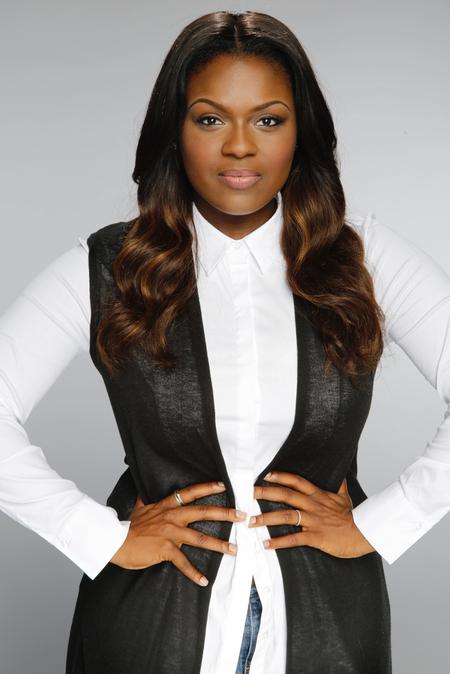 Actress and singer Deborah Joy Winans stars in the OWN family-drama series Greenleaf from Executive Producer Oprah Winfrey. The series, from Craig Wright (Lost) and Lionsgate, focuses on the world of the Greenleaf family and their sprawling Memphis mega-church. Deborah Joy stars as Charity Greenleaf-Satterlee, the youngest daughter of the powerful Bishop James Greenleaf (Keith David) and Lady Mae Greenleaf (Lynn Whitfield). Second season returns summer of 2017. Deborah Joy lent her voice to the Greenleaf Soundtrack and the single, The Master’s Calling went into top 20 on the Gospel Billboard Chart after two weeks of its release.

Winans and her brother Juan starred as their real-life aunt and uncle, Cece and Bebe Winans on stage in the musical Born for This. The play, written by Bebe Winans and Charles Randolph-Wright (Motown) was performed in Atlanta and Washington DC at The Arena Stage.

Deborah Joy starred in the Angela Bassett directed television movie, Whitney also portraying her real-life aunt, Cece Winans. She starred in the short Fighting the Battle and in the feature film Fragile World. Winans was a guest voice-over artist for several Grammy award-winning projects such as Mary Mary’s The Sound and Kelly Price’s audio book.

Winans was born and raised in Detroit, Michigan and is part of the renowned gospel Winans family. Contrary, to her family’s musical legacy, she was passionate about acting and the singing came later at the age of 18 when she was asked to act and sing in a church theatrical production. Deborah Joy received her BFA from Wayne State University and Moscow Art Theatre School. She also holds an MFA from California Institute of the Arts.

Deborah Joy previously toured the USA with the Women of Faith Conference to inspire and empower thousands of women through a weekend of bonding and conversations.
Deborah Joy is married to attorney and community activist, Terrence Williams, who is the owner of the West Michigan American Indoor Football team, The West Michigan Ironmen. Together with his partner, Nick VandenBosch, they founded the WV Foundation. The foundation provides scholarships, mentorship programs and internships to students in Muskegon, MI. Muskegon is a city faced with high crime and poverty therefore the foundation’s efforts have been met with overwhelming joy and given the community renewed energy and hope.  Deborah Joy joins him in these efforts to provide better opportunities for underserved youth.